Warning! Unfortunately your browser has disabled scripting. Please enable it in order to display this page.
News

Glow New Media won a rail industry challenge to create software that will allow passengers to call up the performance record of any requested train service from a national rail database on a smartphone, tablet or computer. 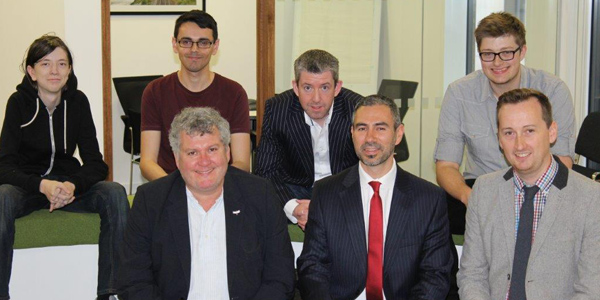 Passengers will soon be able to find out how often a specific train was on time over several months under plans unveiled by rail industry leaders.

A new free ‘My Journey’ app and website will let people check the punctuality and reliability record of any service up and down the country, giving customers more information to help them choose which train to catch or route to take.

Glow New Media won a rail industry challenge to create software that will allow passengers to call up the performance record of any requested train service from a national rail database on a smartphone, tablet or computer.

For example, if a customer wanted to see how an early morning train had performed in the last week, month or up to a year My Journey will show the percentage of journeys when it arrived on time or early, or how many times it was more than 15 minutes late or cancelled.

The scheme was unveiled today (22 October) at a conference organised by the Rail Delivery Group, which represents train operators and Network Rail, where rail leaders, government and passenger groups met to discuss improvements to information for travellers. My Journey could be available from April next year.

“We are using and developing cutting-edge technology that gives our customers better and more accessible information. Giving people better and timely information, especially when there is disruption to services, is one of our top priorities.

“Passengers will soon have at their fingertips all the facts and figures about punctuality and reliability, information that will help customers to decide which trains to catch and where to commute from.”

“Our plan for passengers is to build a 21st Century railway that provides better journeys for all, and innovative new apps like My Journey have an important role to play in delivering this. I’ve been clear that I want to see the industry improve the information it gives to customers, and this is a positive step in helping to ensure passengers are at the heart of everything the rail industry does.”

“By making historic train performance data open, accessible and relevant the app will help passengers around the country to make better travel decisions.

“We're thrilled to have been selected and this represents a major strategic win for Glow, further consolidating our position as Transport Systems Innovators.”

Punctuality would be measured at the arrival station for the journey based on information from Darwin, the rail industry’s database which feeds all of National Rail Enquiries’ real time information services.

The National Task Force, which brings together passenger and freight operators, Network Rail, the Office of Rail Regulation and the Department for Transport, is the body through which the rail industry cooperates to improve performance.